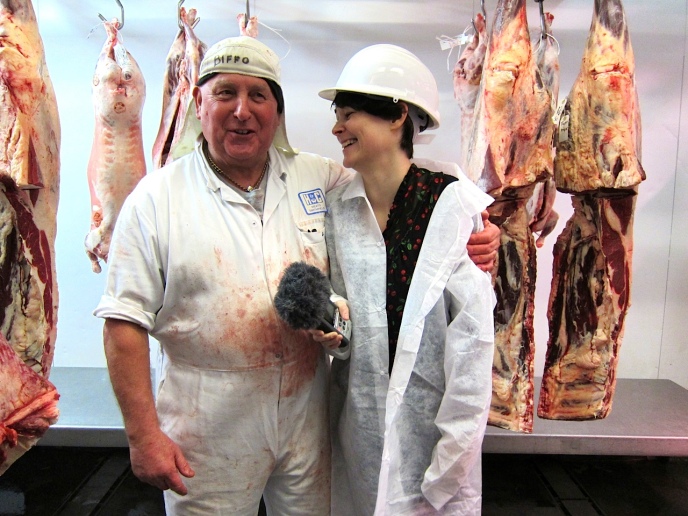 In the 200 years since his birth, Charles Dickens has become an institution – the archetypal Victorian novelist, whose works have spawned countless costume dramas on television. But he also left another, very different legacy: some of the strangest and most surreal writing in the English language. At times so cosy, Dickens’ novels are full of transgressive desires and fears – murderous rage, anarchic glee, cannibalistic threats, and sexual obsession.

In this documentary-fantasy we bring the danger back to Dickens. Slipping in and out of his weird and brilliant imagination, we see modern London as he might have done, travelling through the streets at night to crack dens and strip-joints as the police sirens wail. We meet characters from his novels and characters who would be in his novels if he were alive today.

Produced by Cathy FitzGerald and Matt Thompson. A Rockethouse Production for the BBC World Service.

This Dickens was a ghost, meeting real versions of his long ago fictions. It drew the ear to the genius of Dickens, his transmutation of real into immortal.

Winner of the Grand Prix Marulic for Best Documentary 2012.